Forward Together, Not One Step Back 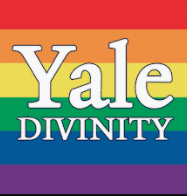 I grew up tending gardens, growing food, caring for animals, visiting state parks, and learning about the earth’s natural energy sources. Living in California gave me particular insight into the costly effects of climate disruption on everyday life as I witnessed horrific mudslides, devastating fires, and severe droughts. At school I attended assemblies where furry mascots taught us how to “recycle-reducereuse.” In college I watched An Inconvenient Truth, read Silent Spring, and even took a course called “The Joy of Garbage” where we spent one class session donning what resembled plastic space suits so we could safely sort through several bins of the school’s trash. Following undergrad I pursued a master of public policy where environmental policy was viewed as its own specialization area.

Yet the problems of climate change looked so huge, it seemed that the only way to bring change and healing was on a modest micro-level, and the rest was out of our hands. Then, years later, I found myself embarking on a new search to combine my passions for ministry and policy. During my first year at YDS I attended a discussion with Prof. Willie Jennings and the Rev. William J. Barber II that not only affirmed my sense of call to serve at the nexus of faith and policy but also sparked my involvement in a social movement to revitalize the original Poor People’s Campaign. The Poor People’s Campaign of 1967-68 was spearheaded by the Rev. Dr. Martin Luther King, Jr. and many others to bring forth a national “revolution of values” against what King called America’s “triplets of evil” – militarism, racism, and economic injustice. Today’s movement, known as the Poor People’s Campaign: A National Call for Moral Revival, focuses on “ecological devastation and the nation’s distorted morality” as well as systemic racism, poverty, and the war economy.2 Last year, the Poor People’s Campaign: A National Call to Moral Revival launched a 40-day campaign to address some of humanity’s greatest threats. It has spread to more than 30 states.

Fighting ecological devastation requires that we go beyond a merely scientific understanding of the crisis. When we give the facts a human face – casting a light on the experiences of those afflicted daily – we can’t help but recognize these consequences as a tangible injustice. Pollution is responsible for nine million premature deaths worldwide.3 In the US, 13.8 million people can’t afford their water bill, and some 1.5 million people don’t have access to piped water and sewage systems. Our military operations accounted for 72 percent of the US government’s total greenhouse gas emissions in 2016.4 Between 1998- 2017, US pipelines suffered 5,712 significant oil and gas leaks or ruptures, posing a threat to fresh-water sources. Between 1964-2015, there were 2,441 oil spills from offshore drilling in US territorial waters, releasing some 218 million gallons of oil.5 Ecological devastation remains deeply connected to racial, economic, and militaristic injustices. People of color are disproportionately affected. It is imperative that we acknowledge the interconnectedness of social injustices, and seek collective efforts of change.

“The truth is that our policies have not fundamentally valued human life or the ecological systems in which we live,” the Poor People’s Campaign declares. “ … We have a fundamental right to clean water, air, and a healthy environment and public resources to monitor, penalize, and reverse the polluting impacts of fossil fuel industries.”

My involvement with the Poor People’s Campaign is fueled by my Christian faith: I believe we are morally obliged to care for God’s creation – people, animals, land, water, air. We must know both the facts surrounding an issue and the stories of those who suffer most because of it. We can equip ourselves with knowledge and empathy and inspire others to do the same. Solutions to ameliorating our world’s injustices are within reach, and everyone has a part to play: “Forward Together, Not One Step Back.”

Published In Yale University, Reflections: a Magazine of Theological and Ethical Inquiry, from Yale Divinity School

A. Kazimir Brown ’19 M.Div. has worked in a variety of public policy roles, including as a budget analyst for San Francisco’s Office of the City Administrator and as a political appointee in the Obama-Biden Administration. Currently in the ordination process with the A.M.E. Church, after graduation she’ll seek to combine her passions for faith, social justice, and public policy.

1 “Forward Together, Not One Step Back” is a call and response phrase used in the Poor People’s Campaign: A National Call for Moral Revival as a way to express encouragement, solidarity, and a communal focus.

3 “The Souls of Poor Folk,” an April 2018 report on conditions and trends of poverty in past 50 years in the US, Institute for Policy Studies, p. 12. See ips-dc.org/souls-of-poor-folk.