What are the issues in your community that you would like to resolve? Are you concerned about the climate emergency, plastic waste, industrial pollution, a landfill, the health of your local river, a living wage, or fair housing? Are you wondering why any of these injustices are allowed at all? Can we have industry and workers rights, a healthy local economy and a clean environment? 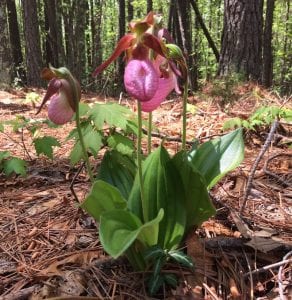 Share your story with us. VACRN is here to support you to reframe your local challenge with a rights-based perspective. Creating a Community Bill of Rights (CBOR) is a way to achieve a vision for a future where, for example, Nature’s rights to exist, regenerate, evolve, and flourish are honored.  Together we can contribute to the paradigm shift to a world where we truly take care of everyone and no one is left behind. Let’s start where we live, here in Virginia.

The Covid-19 crisis is laying bare how interdependent we are on a global level. We see the urgent need to recognize our moral responsibilities and obligations to one another, that are imperative in order for us to survive, evolve, and flourish. Indigenous peoples have understood this all along and are the essential keepers of this wisdom tradition. Let’s learn from them.

The predominant system of law that exists worldwide views everything as property – to be disposed of as the owner sees fit. Our laws frame how we organize our culture; this includes Nature, which also comprises the people and the labor needed to exploit the environment. The economic systems of extraction (dig, burn, dump) support this myopic view. This unsustainable need for constant growth and consumption feeds the insatiable fiduciary responsibilities that corporations have to their stockholders, all the while destroying life on Earth on an epic scale.

“An economy based on extracting from a finite system faster than the capacity of the system to regenerate will eventually come to an end—either through collapse or through our intentional re-organization. While transition is inevitable, justice is not. “

The belief that Nature – the species and ecosystems that comprise our world – has inherent rights has proven to be a galvanizing idea. Working within the existing legal systems, the rights-based approach has been a moral battle which won suffrage for women and freedom from slavery. Our work is to establish legal rights for Nature and local communities, to transform hearts and minds, and to advance the responsibility to respect those rights.

Let’s work now in our local communities to make changes from the ground up, starting with local self-government. 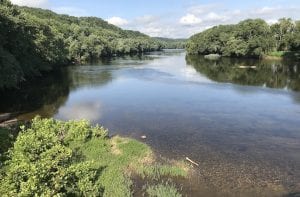 Over 200 locales across the US are changing legal precedent by writing Community Bills of Rights (CBOR) and getting them passed into law by their local governments. It is our mission to support communities across Virginia to transform their concerns into action by adopting this approach. The process of writing a CBOR is educational and deeply empowering. For many it has become a focal point for a community organizing.

Are you willing to take this step?

For a deeper dive

into the CBOR Movement in action, check out the following array of resources.

Are you ready to take the next step for your community?